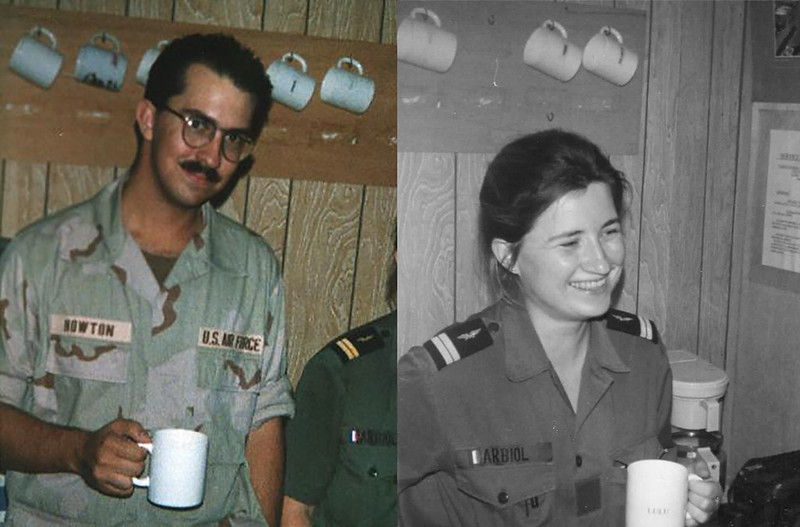 One of many articles on her promotion (and where I got the pic).

Bit of an interesting evening in which Ragnar saved the day, all starting with aggravated kidnapping (yes, really). While I am normally skeptical of young women telling stories on my doorstep late at night (East Dallas, remember), this young pregnant lady came into our house, followed closely by a baby-daddy which had kidnapped her from her home. We almost always lock the front door. It was not locked tonight.

I'm in the office playing video games, Dorian is adjacent me at her desk, and Ragnar goes absolutely ape-shit and attacks the man and woman in our house, causing them both to run back outside where the young lady closed, and then clung to the door, and the young man fled the scene.

I got as much of a story as I could understand (to verify as much as possible this was legit - again, Dallas) then called the police who showed up five minutes later, but not before the guy who fled made his way back to his car and dumped the young ladies belongings on our front lawn before departing again.

We took care of the girl who was missing both her phone, and one shoe while the police took her statement, and her friend who was on the phone with her during the assault showed up to retrieve her.
Eventful night, and Ragnar was the hero <3

I moved a formatted NVMe from one USB adapter to another USB adaptor and rebooted the host. ESXi GUI saw it as USB accessible storage, but would not mount it as a DATASTORE. Let's fix that!

Its the year 2028 in a post-apocalyptic flat-earth where the 5G cell towers were all destroyed by the remaining anti-vaxxers who survived the coronavirus' unsurprisingly targeted culling. A roving gang of ex-billionaires, having recently emerged from their underground yachts are sifting through the debris when they happen upon a remnant of times past; a mostly-intact mobile phone. The startled surprise amongst the group is palatable when it begins to perplexingly ring. A nervous glance all around and the former CEO, in a mixture of hope and anticipation (perhaps a member of Congress trying to reach out he thinks), presses, "Answer."
"We've been trying to reach you about your car warranty..."