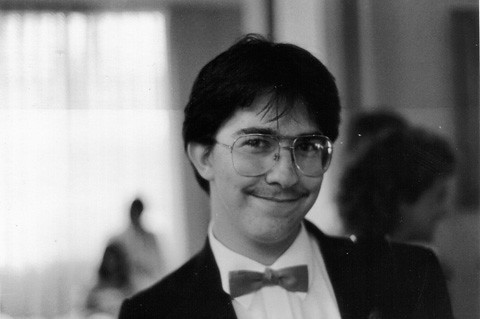 1. Date someone from your school?
No. I was more like Finch from American Pie.

2. Marry someone from your high school?
No. I was more like Finch from American Pie.

3. Car pool to school?
Bussed until my Senior Year. Then I drove.

6. ‘Tis Friday night...where are you now?
Sitting in front of my computer.

7. It is a Friday night...where were you then?
Sitting in front of my computer.

8. What kind of job did you have in high school?
I worked at a small, privately owned Mexican restaurant one summer. Hard work, that. Never worked during the summer months again.

10. Were you a party animal?
I've always preferred drinking to excess in small, social circles, one in where you could bare your soul to the group and mesh with others of the same ilk in a more intimate environment. I was more like Finch from American Pie.

11. Were you considered a flirt?
It took many years of skill and practice to reach the levels I have today, and while I started in High School, it wasn't on the young ladies there. I was more like Finch from American Pie.

12. Were you in band, orchestra, or choir?
No, though I did cover those events. I was the high school's newspaper photographer.

13. Were you a nerd?
Without question. There's a picture of me in the yearbook inserting a 5.25" floppy drive into a TRS-80 computer in a story about the "Best way to pass notes to classmates." In an era of pen to paper, I was lauded for my technical prowess, and basic encryption by use of password complexity.

14. Did you get suspended or expelled?
I never aspired to do anything in which either of those punishments were warranted. 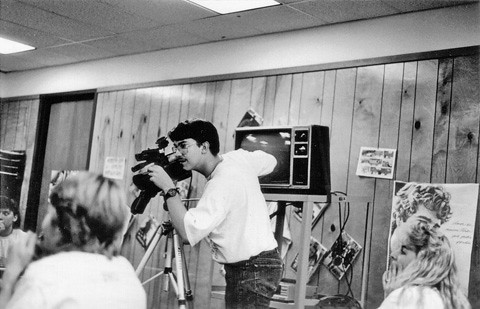 15. Can you sing the school fight song?
I don't really "do" sports. I was more like Finch from American Pie.

16. Who was/were your favorite teacher(s)?
Carslile. She was my Zero Hour instructor, my Honors English teacher, and the editor of the school newspaper. She would pick out students she wanted, and corral us together to create her 'team' and while I often see that in the corporate world these days, it was my first exposure to the practice.

17. Where did you sit during lunch?
The modular and multi-use capable 'cafetorium.'

18. What was your school's full name?
Northwest High School

20. What was your school mascot?
A Texan. I shit you not. We were the 'Northwest Texans.'

21. If you could go back and do it again, would you?
While high school doesn't rank in importance to me as I've seen in some (i.e. those who pine for the 'glory days') I am but a sum of my parts.

22. Did you have fun at prom?
The newspaper editor paid for my ticket so I could take pictures of everyone having fun.

24. Are you planning on going to your next reunion?
No. Mostly because I went to the last. I really only knew these people peripherally.

25. Do you still talk to people from school?
One. We joined the Air Force together. He's a Senior Master Sergeant now. that blows my mind.

27. What celebrities came from your high school?
Celebrities don't come from Justin, Texas. Just in case, I looked it up, and it appears we're now one of only three schools in the nation which feature an indoor coffee shop on campus. Sweet! 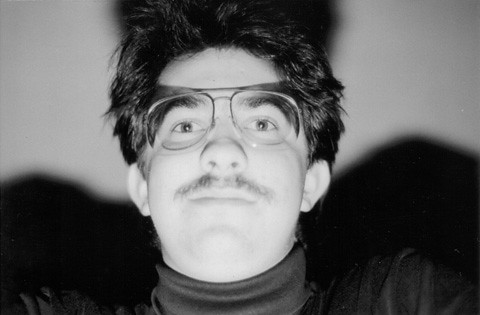