Rec'd my battery grip today (the "Amazon Choice" Vello BG-C8; not as cheap as the less expensive ones, but fantastic reviews and not nearly as expensive as the Canon brand.) If there's one thing the 6D excels at above and beyond the SL1 its battery life - one already lasts a half-day of shooting. However, I noticed during our Pin-Up shoot, back-button focus and shutter release while vertical was less exceptional, thus the grip, which mimics the AF-ON/exposure-lock/focus point selection as well as the aperture wheel and shutter release. The battery grip also comes with an emergency sled you can fill with 6xAA batteries. 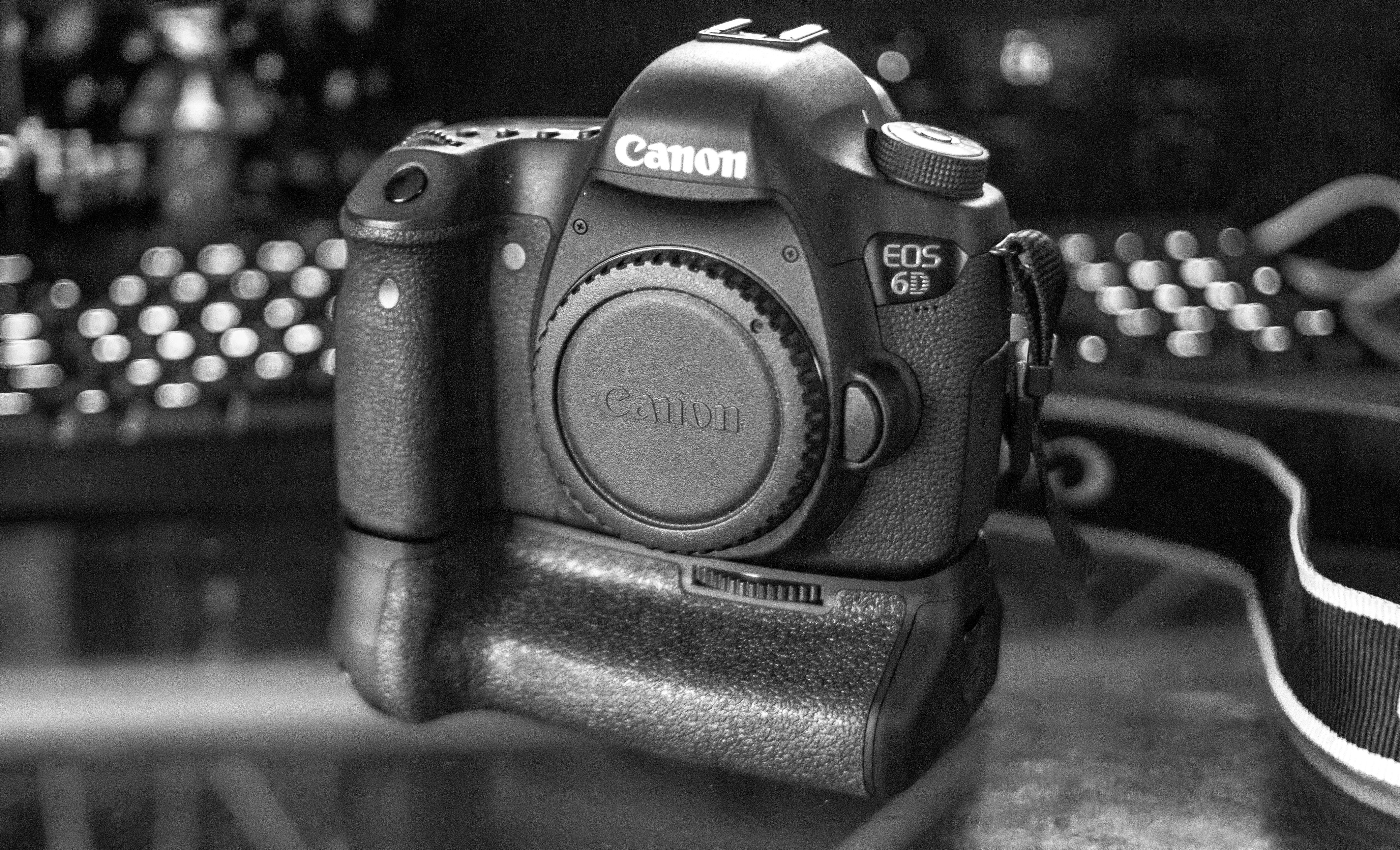 I have potentially four shoots before the end of the year, two already scheduled. Up next, Medium Format and/or Hasselblad. Stay tuned!

Ever since I rented that tilt-shift lens, I have imagined over and over what I could accomplish with that tool in my arsenal. I'd assumed I would simply pick up the Rokinon/Samayang/Opteka rather than drop coin on the Canon L series, but numerous reviews had me rethinking my strategy - problematic since I don't yet make enough money off them to justify all these gorgeous lenses, and even the Rokinon/Samayang/Opteka tilt-shift is $700. And while its true I could pick up a used TS-E 24mm f/3.5L (the one I'd rented for Colorado Springs) for about the same price, I hear the new one is in a category all its own, sadly with a price to match. The lomo site Lensbaby makes a couple of awkward little selective focus lenses (Spark and Composer) but those aren't really in the same league as a technical tilt-shift.


Which brings me to DIY.


A full-frame camera requires a massive lens in order to completely fill the sensor area given the variable gymnastics tilt-shift is capable of - something which cannot yet be accomplished with a standard 35mm lens. BUT FOR ABOUT THE PRICE of the Rokinon/Samayang/Opteka, I can get a used Medium Format Hasselblad Zeiss lens and an EOS tilt-shift adapter.


Since Best Buy (with their amazing 12-months 0% interest) does not yet carry the futuristic Canon TS-E 24mm f/3.5L II, I'm looking to the past.

Something about me was fundamentally wrong today.

I'd easily passed it off at having arisen at god-awful hundred this morning; the dream I was having was so visceral. I was composing magnificent shots with my camera, and editing them brilliantly, in an almost 3D perspective. They were things of beauty. Then I awoke. I was stunned none of it was real, but this reality overtook me slowly, and sadly. I tried to crawl back into the dream by shrugging back under the covers which had loosened around me. It didn't work.

This wakefulness was entirely unjustified. I blamed it on the Perocet I'd taken two hours earlier - blindly, as the pain from my knee startled me awake once again in the middle of the night. Only, I'd stayed up until well after midnight, mindlessly staring at at unblinking phone for a whirlwind of unrelated reasons, some one which undoubtedly led me to my dream; the dream which was stolen away.

I laid in bed as the frustratingly early time-modified dawn crept around me. Eventually, I rose, though I don't remember dressing, and at the appointed time, dialed into work and started going through the motions. Yet something was definitely amiss. At some point I consumed a bowl of cold cereal - an unusual breakfast for me to be sure, but again blamed upon the cruelty of the early morning.

Then later, as I was wandering the kitchen trying to sate an appetite I don't usually have, it dawned on me. All this nihilism, this disregard for normalcy - I'd forgotten to drink coffee this morning.

And that has made all the difference.
Collapse