I took speech class in high school, and again as part of the Air Force's Technical Training Instructor Course at the Officer Training School on the Medina Annex in San Antonio. I tell people I'm good at public speaking, but I must admit, I haven't spoken publicly in over a year. I know *how* to speak - at what volume and what speed when giving an oral presentation, and I know how to stand, and what to do with my hands. I know how to make eye-contact and where to place the emphasis in my paragraphs. I also expect the butterfly's and wavering voice to calm down once I get started, but during last night's presentation, that didn't happen.

I know all the people on the City Council, and the Mayor. I speak at length with them easily and confidently, and am friends with several of them. But put these same seven people behind a raised desk staring down at you as if in judgment while you're basically cautioning them against tyranny in the presence of the Chief of Police, and the City Lawyer, and I was sure I was going to be arrested for my inflammatory words.

But sometimes the training really does just kick in. I approached the podium, and did what I had to do. Several individuals told me I was magnificent. For that, I am thankful, for I was unsure I could mask my nervousness. Simply put, I'm out of practice. One of my old managers from work (who also happens to live in our town) showed up to support me; I had requested his assistance on the speech. And while I initially fought against his advice (if you compare this speech to my first draft you'll notice its far less accusatory) the night before the meeting I incorporated some of his changes for the better...despite the fact that meant I no longer had it memorized. I'd like to thank him, and all of you for your support when I first posted it, as well as the Mayor and City Council for allowing me their time.

It will be printed in Friday's newspaper:

Being a lover of liberty means sometimes supporting activities I vehemently disagree with - thankfully, I'm never divided, because my agenda in these matters are without question: If it infringes upon personal freedom I am against it. Thankfully, we have you - a governing body, that being, a group of representatives chosen by the people to carry out the will of the people, insofar as it complies with county, state, and federal law.

While I agree the government has the right to impose such sanctions in City operated areas, and government facilities, that right ends at private enterprise. You may be familiar with the terms "free market society" and "capitalism." Our nation is built on these inherently self-regulating concepts. Loosely defined, it is not the government’s job, or place, to tell a private business how to operate. Freedom of choice is what makes this country work, it is this nation's founding ideals. In this day and age many incorrectly argue that they also have the right to go to a restaurant without being assaulted by smokers. That's not a right, its a choice - the same choice you are considering limiting with this proposal.

My personal opinion on smoking is irrelevant, as should be yours. Personal feelings of council members on this topic should never enter into the decision making process. If it is the people's will to make our community smoke-free, I refuse to argue against their choice to do so. But if the people are divided, I implore you to err on the side of freedom, for while you wield the power to deny us choice, I have placed my trust in you to exercise that power with discretion and responsibility. If this decision is not going to be put to the people, then it is imperative your own beliefs in sovereignty are discharged, for your actions will be heard by all. 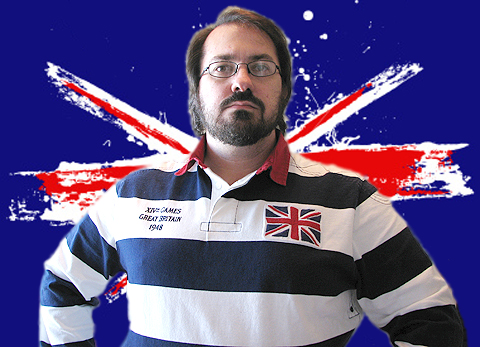 It amused me that I wore the Union Jack upon my chest as I spoke about liberty.
Tags: anna, ehowton
Subscribe