Change does not come easily.

Last year I helped fight prohibition. It was a massive undertaking that involved many people, lots of work, and even more time. Meetings to develop a plan of action, coordinate activities, and assign projects. These included researching both the pros and cons of the issue, fact-finding missions, trying to qualify the oppositions outrageous, often unverified claims, creating pamphlets, letters, webpages, conducting informational rallies and attending other political functions for fund raising. We even designed and put up a billboard, and had radio spots created, discussing the best schedule during which they would air. For those who might have missed all of that, the last leg of our campaign involved calling every registered voter and papering entire neighborhoods with leaflets, to inform everyone we could the time, place and date of the vote. Walking door-to-door with 800 packets of information took

drax0r and I eight grueling hours. We won 77% of the vote.

Coming off the high of the City Council's five-to-one defeat of the proposed smoking ban, I recently made the statement that 'bitching ceaselessly' in one's blog as your only form of 'action' to 'fight' a cause is ineffective. This was met by some resistance, and I was kindly asked for an apology.

At first I was incensed. The very thought that some no-name loser on a no-name blog could even consider themselves a political pundit by continuously churning out ineffective rhetoric in an ineffective medium was laughable. I likened it to apathy - the bane of the productive.

This of course put my own blog under the microscope via asinine questions meant to avoid my accusation. Do I think my blog is superior in its ability to sway or inform a voting public of issues, or passionately persuade anyone to my point of view? The answer is of course a resounding, "No." I do not. Not even accidentally.

And while I disagree with the blogger's assertion that by endlessly bitching about something on his blog, if just two people of the ten who read it tell their friends and so on and so forth, real, effective change can take place. I call bullshit, and I call that slothful - the first big step on the road to the depths of degradation; I say first, medicinal wine from a teaspoon, then beer from a bottle. And the next thing ya know, your son is playing for money in a pinch-back suit and listening to some big out-a-town Jasper hearing him tell about horse-race gambling! (Not a wholesome trotting race - no! But a race where they set down right on the horse!)

I know one woman who became disgusted with all the bitching on our local City Forum; it obviously wasn't changing anything (I used this practical application as an example supporting my theory; he returned with, "Nuh-uh" to support his) - so you know what she did? Heh - she ran for City Council and got elected. I ask you, isn't that MORE effective? Doesn't action always always always speak above and beyond mere complaints? Does some nameless dude on some nameless blog bemoaning the current administration do more?

So, you listen to me. Listen to me: Blogs are not the truth! Blogs are a goddamned amusement park! Blogs are a circus, a carnival, a traveling troupe of acrobats, storytellers, dancers, singers, jugglers, side-show freaks, lion tamers, and football players. Blogs are in the boredom-killing business! So if you want the truth...Go to God! Go to your gurus! Go to yourselves! Because that's the only place you're ever going to find any real truth.

After chewing on my ire awhile, I wondered, Am I simply not thinking fourth-dimensionally? Perhaps I'm too old-skool? Perhaps...just perhaps action is an old man's game. I know that a young black Senator worked tirelessly to capture the imagination of the people and *actually* became President. Every child's mother tells their children that, but how many really believe it? Say what you will about the man, he did a hell of a lot more than complain on blogs to get where he is. Or did he? Are emo bloggers the new way to affect change? Is hard work just a bedtime story these days? 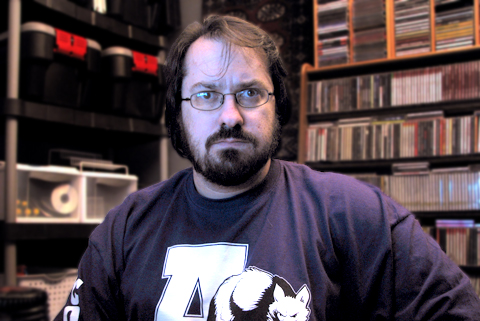 To all those bloggers I offended: I apologize - You are right.
You will absolutely reap 100% of what you sew, I guarantee it.
Tags: activism, anna, ehowton, office, philosophy
Subscribe