Meanwhile, back at the ranch... I was at the store when I rec'd a call from my wife explaining that she was going over the account and noticed several transactions on account X, reminding me that she'd asked me to not use account X, rather account Y. "Fine," I said, and hung up. Then proceeded to sweep account X's card through the automatic checkout.

The dual-screen setup popped up its various windows exclaiming that it was authorizing purchase on my card, and like a frightening game of Whack-A-Mole I started hitting 'Cancel' and 'Verify Cancel' buttons wherever they showed. My wife simply wouldn't understand that I did it out of habit, nullifying the fact that she JUST TOLD ME.

The transaction was successfully canceled and I re-ran it using the other account. Being married is sometimes hard work. I'm often so absent-minded, I don't know how she puts up with it. I mean, it pays well, but the other stuff? I just don't know how she does it. She must really love me. Like the time I paid for the VP's $500 replacement Blackberry out of our checking account instead of the corporate card? The day before I left on a two week trip? I don't think I'm going to get any better anytime soon.

I've been listening to this a lot lately, a free download from Jamendo. I have it on my iPod, on disc in my car, and installed in

drax0r's iTunes database. Good stuff if you want a faster-paced instrumental selection. Its one of the reasons I enjoy psy-goa trance. No words.

And in light of Earth Day today,

pgrtop disclosed to me that the EPA (the Environmental Political Agency) has just placed "carbon dioxide" on the "harmful gases to the Earth" list, effectively condemning every living thing on this planet, including their precious trees. I wonder how they're going to resolve that little contradiction? I also suspect they're very close to putting "oxygen" on that list next! 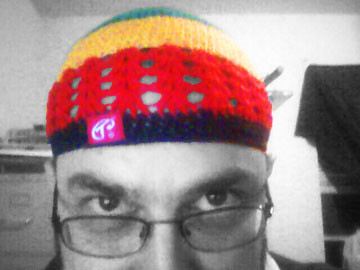