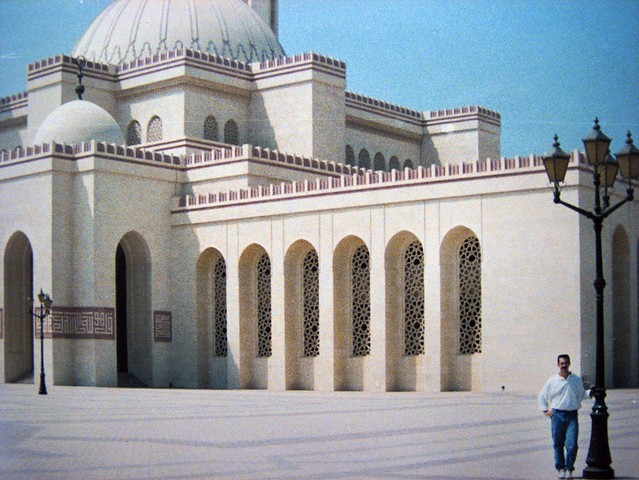 The more you have to show people you are or are not something, the less or more likely it is you are that thing, in that order. For example, if you go on and on about how honest you are, you are probably a liar. If you constantly talk about hating drama, you are probably a drama queen or king. If you are holier than thou and look down upon others, you secretly know you suck as a human being. If you constantly try to show everyone what a good little (insert religion here) you are, you probably don't believe in your heart and it is all for show. Just my observations in life. ~

I've taken a very long time in forming an opinion about the "Ground Zero" mosque. When sudden, out-of-the-blue, life-altering decisions aren't required of me, I enjoy contemplating my stance (and after having had a few of those in my lifetime, you start to see more clearly the folly of those who don't). I like to be prepared. I enjoy hearing the opinions of others - both those who I know judge rashly, and those who's constant worldviews are forever unchanged. I want to hear the articulation and justification of those I normally agree with, and sometimes more importantly...those I don't.

I have to say, the older I get - that is to say, the more I listen and try to understand - the less "two party" I've become. Many of you reading this have assisted me in that through your various blogs, links, and intonation of your own thoughts - for that I thank you. This exposition I feel is important to my opinion having been formed - you see, as a confirmed conservative, I enjoy listening to the occasional impassioned speech of Olbermann because his views are so completely opposite of mine. What that doesn't make him necessarily, is wrong.

The "conservative" radio host Bill O'Reilly does not claim to be a conservative just as Olbermann doesn't label himself a liberal. They both promote themselves as Americans. Why then must we go to the lenghts we do to stuff them into boxes? Can we not operate independently of each other? What mystifies me the most are those I speak with in either camp who claim to have informed opinions yet become incensed at the mention of the "other" guy - as if their ideas are bullshit before they've even heard what they have to say. How can your view be at all balanced? Or is a balanced outcome not what you seek? I've said this before but you look just as foolish to them as they look to you. Doesn't anyone else see that?

So after hearing emotional speeches on both sides, understanding our history as a Nation and perhaps more importantly - our future as one, and separating the facts from the lies designed to sway us to one decision or the other, I've finally formed one. Interestingly enough, right around the time I did, we get the Floridian pastor who wanted to burn the Korans and I have to admit - while I did not agree with his hate-filled jockeying I was appalled that in his "message" to the pastor, the President of the United States didn't say, "IT IS YOUR CONSTITUTIONAL RIGHT TO DO SO." Cause, you know...he's like that guy and all. I mean, he's the one we put in office to say just those things at the right time, to the right people. Which makes what he did say way the hell more demonstrative. So much so, in fact, that it completely nullified the pastors actions altogether. What did he say? He said,

"We're already seeing protests against Americans just by the mere threat that he's making and [the "stunt" could] endanger American lives."

I don't know about you, but I'm getting fed up with trying to not piss off the Muslims. They seriously need to chill the fuck out.

And so do you Christians. Going all medieval with trying to resurrect the Crusades in your backyard. Haven't we put this behind us yet?

So my opinion on the inaccurately-named-in-order-to-illicit-a-negative-response "Ground Zero" mosque? Let the fuckers build it. But I have a couple of caveats: Muslims, stop trying to take over the world. At some point, we're going to get tired of your shit. Christians, exempting Catholicism, you really are probably the dumbest religion in America as far as understanding your own history. Except maybe the Wiccans.

Most of the controversy as far as I can tell is nothing more than that emerald-colored whore, greed. Specifically, selfishness. My wife said it best when she said, "Wouldn't be easier to just build somewhere else?" Yes. Yes it would. But the same people who are fighting for their right to build where they want, harm Americans when someone else wants to fight for their right to burn their book? It just doesn't work that way. I understand you can't have both - its one or the other, YOU AFFORD OTHERS THE SAME FREEDOMS YOU ENJOY. What the fuck is wrong with everyone that they can't understand that?

Can't we all just get along without trying to take over the world?