7 Years
4 Continents
10 Countries
122 Bars
Growing up in Texas allowed me to drink beer and wine before the age of 21 if was with a parent. Dining out always afforded me a glass of wine with dinner, and later, beer - a right my wife and I enjoy exercising with our own children. My parents mostly drank red wine, so before I was even a teenager I was familiar with the differences in burgundy, merlot, and lambrusco, but it wasn't until Germany that my eyes were opened to truly magnificent white wines: Spätlese, auslese & kabinett as well as icewein. I was in wine country, situated on the Rhinegau area of Weisbaden where the majority of the wine I drank came from. I was astounded that I could get the best wine I've ever had for DM2,50 (about $5) a bottle. I bought cases at a time. This was the time in my life where I could pick out any one of Verdi or Puccini's operas as well as identify which movement of which Beethoven symphony after only a moment with them. I spent quiet weekends in my dorm room reading the classics, drinking wine, and listening to classical music. An occasional trip to nearby Mainz on the Main River yielded equally as delicious, if not different tasting wine - Rhinehessen & Rheinpfalz. Toward the end of my tour there, I went around collecting varying vintages from different areas along the Rhine and Main and very nearly got to where I could blind-taste select not only different regions, but also different years. Again, magnificent!

Great wine was more difficult to find in my next assignment, Great Britain, and again so back home - I positively abhor most California wine I've had. I cannot afford, at the volume I prefer, some of the better French wines which don't assault my palette, and cannot easily access my favorite domestic wines which, believe it or not, are all Kansan (my favorite winemaker is an American who grew up in Germany and makes a highly coveted local version of spätlese). And excepting the OMGZ!homemade "Cactus Juice" wine I infrequently get the opportunity to purchase, I really don't think I'll ever drink bottled wine again. Goody-Goody sells an array of boxed wine for as low as $9.31 US, Wal-Mart that same box for $8.97...My time in Rhineland a happy memory.

Before thou protest, let me assure you that I understand your argument - I do. I love good beer and won't bat an eye dropping coin on a well-brewed six-pack. I love Crisp pilsners, flavorful ales, strong stouts and light lagers. I actually look down on people who only drink "Bud Light" or "Miller Light." I even know people who argue over taste differences between the two! I understand that there are those who will look down on me for only drinking boxed wine. So be it. When I spend my money, its going to be on really good beer! 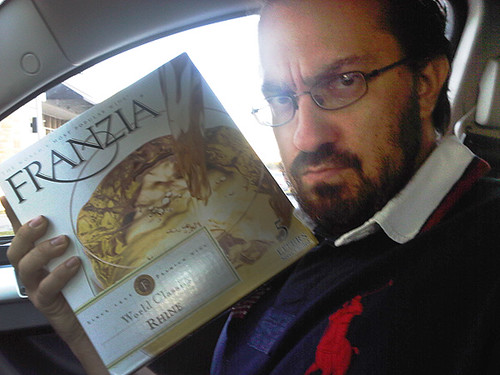