When my wife's grandfather went into the service during WWII they sent him to California for training as an Army Air Corps B-17 "Flying Fortress" Navigator via rail, and departed as many local soldiers did from the Atchison, Topeka & Santa Fe Railway depot in Newton, Kansas which operates to this day.

After 10-years of self-imposed exile, walking the desert not unlike Moses, my extended family has returned and I couldn't wait to re-acquaint myself with them; I wasn't disappointed. Despite the usual verbosity of my posts, you're just going to have to take my word for how enjoyable each moment I spent with them truly was. I'm still assimilating all the data and attempting to separate the rush of being with peers from actual discussions which transpired as so much information was exchanged during our numerous but brief episodic adventures. I crave more. 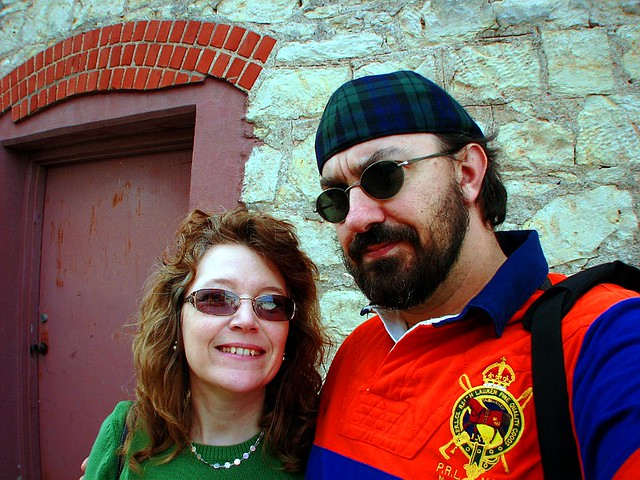 Newton is like the Kansas version of Anna, TX. Its just outside Wichita and is filled with subdivisions. Were I to consider another move to Kansas in a repeat of my failed 2002 attempt, I would pass, "Go," collect my $200, and move straight there. Many available houses, many new houses. Many houses yet to be built. Then again, Kansas hates the middle-class :( The tax burden here is enormous compared to Texas. I am not a fan of state income tax.

Thanksgiving was a quiet affair. My son had requested the non-traditional menu of fried-chicken some months prior and the meal was a feast. A feast of heavy starches which required a strict diet of raw, fibrous vegetables the next day in order to restore balance to the force. I'm certainly going to need to double-up on the P90X the next three weeks, as if this week was any indication, the two weeks we spend here over Christmas may very well kill me. Maybe I'll bring my own lentils?

I love to walk. I love to talk. I love to walk and talk. Ever since The Prairie Quilter posted her first image of Downtown Newton, I knew I wanted to photograph it. And while sitting down with someone to get to know them can feel like an interrogation to some (or as it turned out in my case just a bunch of schoolboyish gushing) I was hoping everyone would be up for a walking photo-tour of Downtown. The idea was met with affirmation so we hit the streets where my eager temperament was tempered with activities. The normally frigid midwest weather this time of year was a gorgeous sunny and 64-degrees.

Born to cause trouble...

I watched the Cowboys play Thanksgiving day. I used to do that quite a bit, but haven't in many, many years. I've had some overtly memorable Thanksgivings which have aligned with very significant events in my life, some awkwardly incorporating the Cowboys game - and while I didn't dislike the game, it seemed it would've been a colossal waste of my time were I not doing something else simultaneously. As it stands, it was still a distraction - one of the reasons I listen to music with no lyrics when I'm concentrating on a project - too distracting. I won't be doing that again. Working with the television on OR watching sports.

As we pull out tomorrow morning heading to Texas, I'm looking forward to spending some quality time with my embarrassingly expensive mattress. But despite the fact we'll be right back here in three weeks time for twice as long as we were here this visit, its going to be a sad departure, for I'm already missing Newton, Kansas. My new home away from home.

Everything is different now.