I joined the Veterans of Foreign Wars (VFW) before I left Korea at Post Hill 180 Memorial but in the numerous moves I've had since, lost touch with them sometime in 2000 - the date of my last membership card.

An American Legion Post needs a minimum of 15 Charter Members to establish itself - the goal being one in each city with a High School - and I was honored to join them yesterday evening. The mayor had been in talks with them, joined himself, and did what that man does - started recruiting right away! While we were enroute to Kansas a couple of weeks ago he contacted me and asked if I was interested (something tells me he knew I would be - their focus is community service). So while I don't yet know what all I'll be doing, I certainly plan to do my part.

Our first meeting was ysterday, and they sure seem a lot more active than the VFW. Then again, I drank a lot of beer at the VFW... 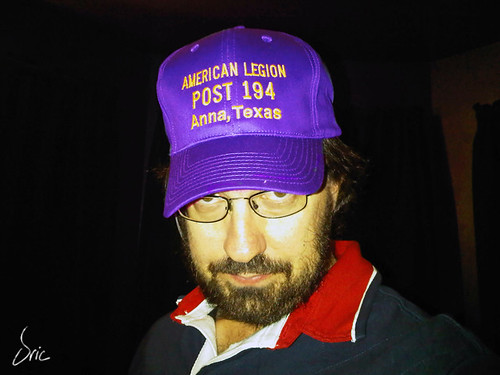