An Excerpt from my Memoirs - WWII Mission:
Bomb a railroad bridge at Rovereto, Italy

The briefing completed, all mission members stood and hurried outside to waiting airplanes. Soon, the roar of two thousand horse-power engines deafened the senses as 72 airplanes awoke and began moving along the taxiways. Each aircraft arrived at the end of the steel-plank runway in proper sequence to join the circling formation above the field.

Fifteen minutes later, with join-up completed, the mission proceeded purposefully northward. Corsica fell behind. One hundred miles of blue Mediterranean Sea passed below, and the armada of droning machines reached the coast of Italy. The city of La Spezia, lying 12,000 feet below, marked our arrival into enemy territory and fell quickly behind. The remaining 150 miles to the target required serious attention to duty. Crew members donned battle helmets and flack jackets. Every fifty-caliber machine gun had been test fired during the over-water flight. Gunners manned their stations where each tensely scanned his assigned section of sky. Enemy aircraft might appear at any time. The planes' crews worked diligently to follow the course exactly as presented at the pre-mission briefing. Thoughts returned often to the huge European wall map, where angry-black flack circles grimly reminded of the serious consequences of straying from our carefully planned route.

Tension mounted as time passed. Anxious eyes peered into the clear Italian sky. I, kneeling in the bombardier's position in the plane's Plexiglas nose, constantly scanned a map to verify passing check points. Giving wide berth to flack positions, the formation frequently changed direction. Shell bursts sometimes reached up toward therelentless Marauders; however, careful reconnaissance permitted us to stay at a safe distance. Serene snow-covered Alpine peaks, 100 miles ahead, stood grandly on the horizon, and a tapestry of irregularly-shaped Po River Valley farmland passed below.

Arriving over Riva, an Italian town at the northern tip of Lake Majorrie, a red flare fired from the group lead airplane. The formation reacted to the signal and moved into trail formation. The long line of planes, all following the lead flight, turned directly eastward and began the bomb run to the Roveretta railroad bridge. High mountains surrounded us. From the IP, the course to the target followed a branch valley which joined the Brenner Pass 15 miles ahead. Mountain peaks, on each side, reached nearly as high as the attacking planes. Close quarters permitted little maneuvering. Looking ahead, the bridge spanned a chasm in the valley floor. The droning formation drove resolutely eastward. In the lonely plexiglas nose, I crouched over the Norden bombsight and trained the cross hairs on the target. Quickly making adjustments, I realized many flack bursts reached up toward us. Explosions came closer, and orange flashes of burning powder appeared within the seemingly innocent black puffs of smoke while the smell of burning cordite drifted through the airplane. An instant before bombs aweigh, the plane lurched; and I thought, "That was a close one!" A second later, our bombs released and started their 2-mile fall toward the tiny bridge.

Instantly, I sensed something different this time. All other planes in the formation turned quickly to escape enemy fire, while we flew straight eastward across the huge valley! Our plane, suddenly alone in the hostile sky, listed abnormally to the right. Thirty seconds later, I watched the line of exploding bombs walk across the bridge 12000 feet below. The intercom crackled as Pete said, "Come out of the nose, Bill! something is wrong in the tail section. I need you to go back and see what you can do." I moved immediately to follow his instructions. The copilot pushed his seat backward to open the passageway, while I scrambled from the nose into the pilots' cockpit where Petresik told me what had happened. We had taken a direct hit, and controls to the tail surfaces of the B-26 would not work. Following the bomb drop, without rudder control, we could not turn with the formation. Scotty, another gunner in the tail section, told Petresik, on the intercommunication system, that Gunnels, the tail gunner, needed attention. We would have to continue alone and try to get the plane and its injured gunner home safely. Despite below zero temperatures in the airplane, perspiration shone on the young pilot's face.

Proceeding rearward from the navigation compartment, balancing on the narrow catwalk of the empty bomb bay, I peered into the tail section. The turret and waist gunners both sat on the compartment floor staring back toward the tail gun position. An eighty-eight millimeter shell had entered the bottom of the fuselage behind the bomb bay, traveled length wise through the rear fuselage section, exited the top and detonated only inches above the gunner's head.

Gunnels crouched on his knees amid aluminum shreds and broken airplane parts, arms limp at his sides and leaned forward over the turret gun controls. His head rested against the damaged bulkhead. Looking closer, I could see a one-inch diameter hole in the back of his flack helmet. Crawling back, I pulled him away from the gun controls only to find a second hole in the front of his helmet. The flying shard had gone completely through his head. The young man should have been dead, but even in the numbing cold, my fingers detected a pulse in his wrist.

The young Captain, our pilot, unaware of my discovery and uncertain he could control the airplane, ordered the crew, "Prepare to bail out!" That complicated things even more. I knew our injured crew mate could never jump. Surely Gunnels would die, but at that moment he had life. I thought, "Should the rest of us save ourselves and leave him?" I didn't know what to do. "After all, would it be fair to risk the lives of 6 men for one who was probably not going to survive anyhow?" my reasoning continued. Fearing cold would complicate shock and knowing the wounded man could never jump, I opened his parachute and wrapped it around him. The other two young gunners and I sat with our injured comrade and waited.

Hearing the circumstances existing in the tail section, Petresik decided to try to fly the weary plane to friendly territory. We traveled southeast toward Venice. If only we could reach the Adriatic Sea we would be safe from flack guns! The trip from Rovereto, the target site, to the coast lasted about 40 minutes. Fearing the damaged tail section would break apart, we traveled much slower than usual, and passing time seemed endless. I will never forget the fear. Ground fire threatened us constantly, enemy fighter planes would make short work of a lone airplane, and the B-26 itself might break up at any time. Our damaged, floundering airplane continued eastward. The coast of the Adriatic Sea appeared, and Pete carefully turned southward. We would try to reach a Royal Air Force landing field 145 miles south, at Ancona, Italy, the nearest haven for us. We still had a long way to go, but the finally airfield appeared. At last, safe from enemy action, a new problem took priority. With damaged tail controls, the crippled bird would be hard to land.

Pete lined up on the runway several miles out. Sgt. Daniels, the flight engineer, fired a red flare signaling our intent to make an emergency landing, and we proceeded down the long final approach. As the B-26 slowed, control worsened and it yawed widely from side to side, but Pete controlled the staggering machine by alternating power on the engines and finally the wheels squeaked quietly on the runway. We all owed our lives to the young man who had just proven himself to be a great pilot.

Although, we arrived safely on the field, frustration mounted as we tried to find help for Gunnels. We quickly carried him, drenched in blood to the ambulance which raced to meet us. Petresik (Petrisek) and I rode in the emergency vehicle as it sped toward a British Hospital on the airfield. There, a British Dr. came to the ambulance, looked at the injured head and refused to admit our comrade. Indignant with anger, we proceed to an American Hospital,12 miles farther, where our injured crewman died shortly thereafter. Because he had already completed the required 60-mission tour of duty, Gunnels' death seems especially ironic. Delayed printing of orders had prevented his earlier departure from the squadron; however, some authority, noticing he had not flown for over two weeks, issued orders for a 61st mission. That proved to be one too many. Yes, the Brenner Pass mission taught many hard lessons, each crew member learned from bitter experiences. Deeper values, loyalty, compassion, friendship, justice, and commitment grew in each of us, most of all, we realized our own mortality. 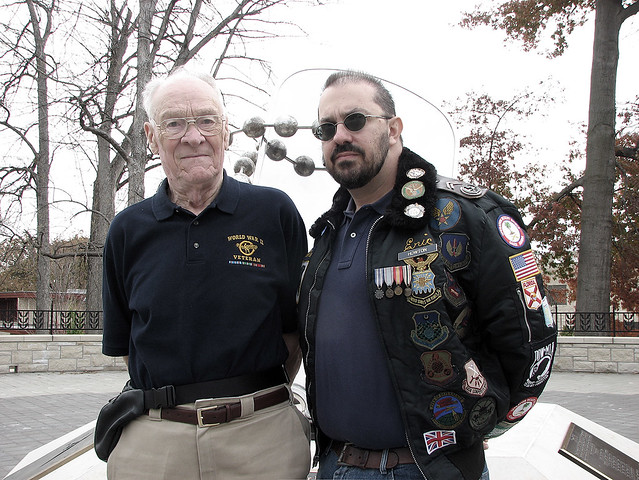