Beyond the Mortal Coil

Have you ever supposed that you may really be better off dead? Douglas Tibbets never thought so either, despite the fact his life was a wreck. But everything began to look better after he met Myra, an advanced psychic who awakened his own psychic abilities and slowly helped turn his life around—growing self-assurance, a promotion at work, and a new love interest, Shirley. Then came the telepathic assaults. Douglas and Shirley narrowly fend off the bizarre forays into their minds while seeking the unknown assailant. But when they at last, find the attacker, they are both murdered. And that's when their lives truly begin.

I've often wished I could novelize my philosophies on life, much as Ayn Rand did with her two flagship novels - to provide a vehicle in which to promote them. And while Beyond the Mortal Coil cannot be compared to a Randian masterpiece in any other way, it does deal with the nature of the human experience, and its manipulation. Mostly shit I've been saying in the annals of this blog for years - that planting even very tiny seeds of positive change and watering it with repetitious practice, can reap enormous self-confidence later. That practice being of course, "Fake it until you make it." By pretending to have the very characteristics you desire, you will soon have them for realz. Its like r/l larping.


I greatly enjoyed this book, more than I anticipated. There were too many similes in the three-chapter exposition for my liking, and the contrast between the antagonist's vocabulary and his milktoast shamefacedness was a little off-putting, but by chapter eight I'd forgotten all about it, and was entirely engrossed. Total read time: Approximately 8 hours.


Now I didn't know this, but you can purchase kindle e-books and save them to your Amazon Cloud e-reader and read them in your browser - without actually owning a kindle. Which I don't. This is how I read the last three chapters of the book, so I could post this the next day :)


Anyway, reading the epilogue got me to thinking about love again - and all the limitations we place on it. Too many limitations on who we're allowed to love, and who not. Love transcends all these artificial barriers we place on ourselves and others. Class and station and race have mostly gone away, but not other malum prohibitum taboos. I guess we all have a little Puritan in us. His will be done. Why I've heard a lady who wouldn't bat an eye at homosexuals announce that "25 years is my limit for age differences!" Really? What if the *perfect* mate were 26 years older, or younger. Think about that - the perfect mate fell outside your rigid limitations by a single year. What then? And if you give in for the sake of a year, what about 27 years? Would you give in for two? And we all know where this leads - back to Sodom and Gomorrah. And yet if something as easy as when we were born can be set aside, cannot other limiting factors as well? I've fallen in love with much older women, and I've fallen in love with much younger women - simply because of who they were and nothing else. Hell, I've even dreamed I might've fallen in love with a dude. Love simply, is. If I've learned anything this past year, its just that, that love is. It exists and there is nothing we can do to control it.

Go out today, and be excellent to each other.

And don't worry so much about what other people might think. 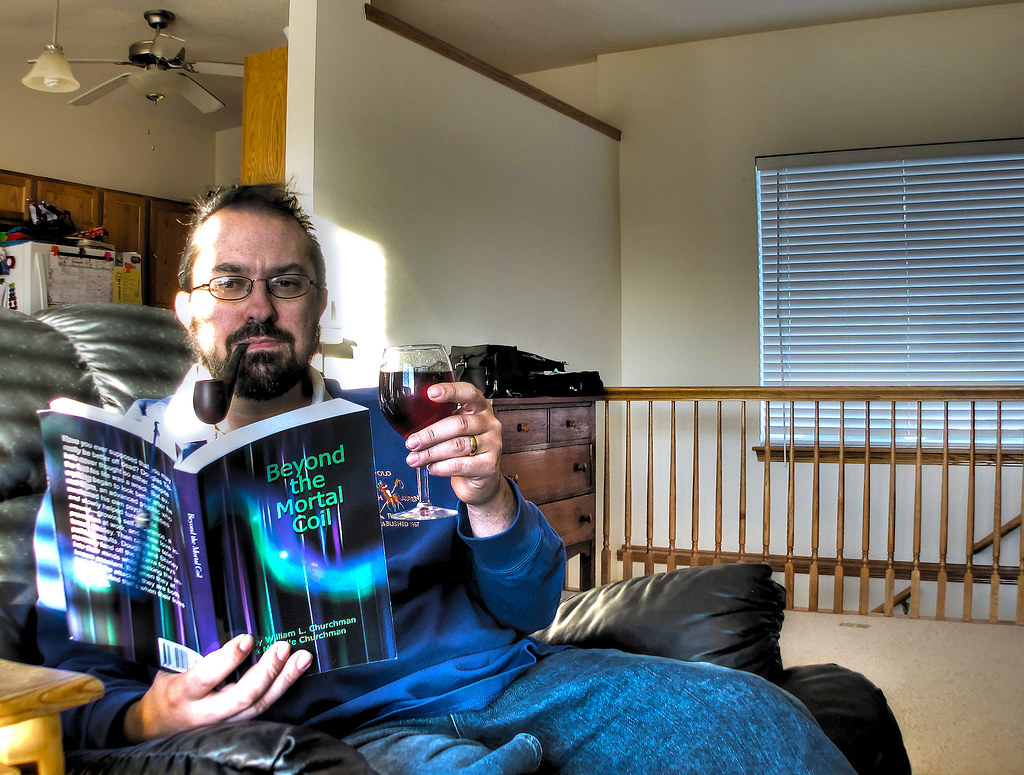 Not an accurate representation of