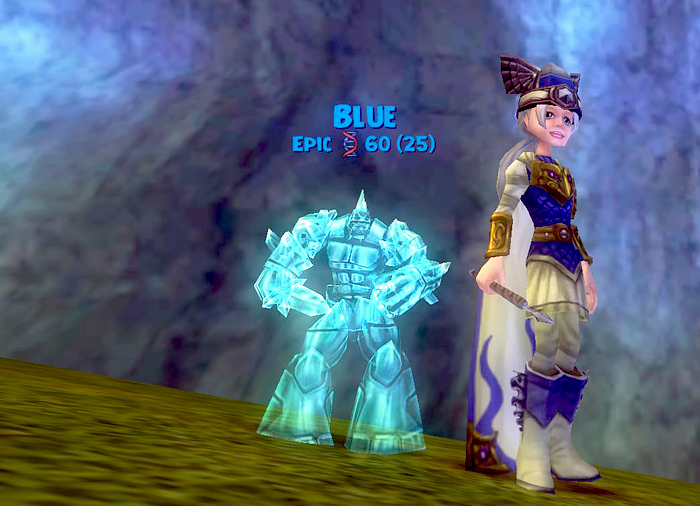 Blue (so named after Petty Officer Joseph "Blue" Palasky of Old School) "You're my boy, Blue!" reached Epic - the pet max on Wizard101.

I have a couple of Ancient pets, and a couple Adults and Teens, most are Babies - but Blue here, he's a real life saver, and I mean that in more ways than one:

And for Epic he gained

LIFE-GIVER: Increasing my Life School combat spells by 6% (assume this one increases over time as well).