I don't recall acute bouts of sleeplessness until around 2006. Looking back, a lot was taking place which directly conflicted with my worldview. Not that I was consciously working things out - many times I was not; it was subconscious which somehow differs from my unconscious processing insofar as it presumably required conscious components as part of its operating parameters. What, I couldn't say.

But as the elasticity of my mind stretches to accommodate all this new data, and my thoughts recompile, my conscious mind can now seemingly access glimpses of what my subconscious mind is processing. Which is fascinating from the perspective of bridging the two, but unsettling because this unordered raw data is without structure and makes no logical sense. I generally work on a problem by running a series of assumptions through algorithms to a conclusion, then change the assumptions and run them again, then change the alorithm and run it again, ad nauseum until something usable is spat out. Its these conclusions I attempt to reassemble here in a way that make sense.

Perhaps I'm just seeing the collating of the raw data - which is currently useless - because without form there are no assumptions, therefore nothing to run through an algorithm and no conclusion. I am tired, but wide awake. The problem with raw data, if that's what I'm seeing, is that its fleeting. There's nothing to grasp onto, nothing to hold; the ones I capture have no visible metadata associated with them so I don't know why they're there. Again, useless.

Most of my life I've been told I "think too much." I see the problem now as being most people don't think enough. There was a mind-blowing (and humbling) article in the August Psychology Today which outlined how dumb (and poor) the "top 1%" are IQ-wise as compared to the real processing power (and wealth) of the top .1% and exponentially, the top .01%. I'm not nearly as smart as you people think I am, I just think a lot. Perhaps more importantly, when I am aware of it, I attempt to suspend my own beliefs about life, the universe, and everything if something doesn't immediately fit. Think of it as a reverse confirmation bias - call it invalidative impartiality. To a fault I will drill down into even that which is rooted in unquestioned truth in an attempt to verify all its components individually. You cannot dig that deeply and then ignore the results if the outcome conflicts with your expectation. 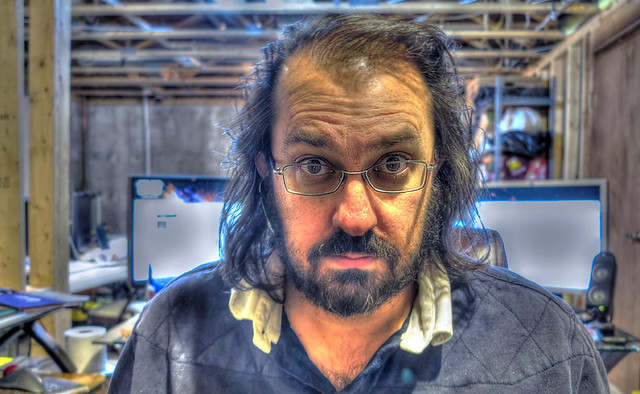